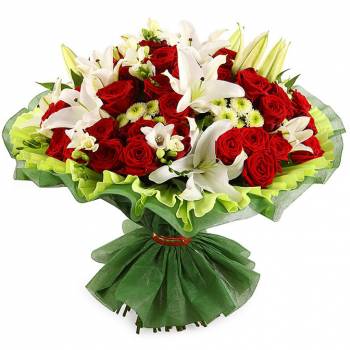 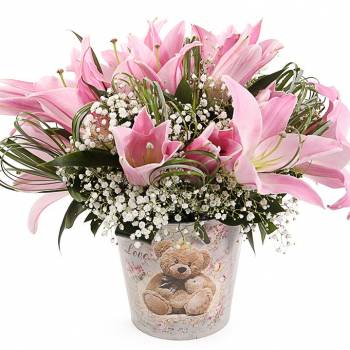 The beauty of the lily has praised Jesus Christ, and in ancient times, the lily served as a model for artists. Look Like a lily manufactured musical instruments, and the Jews were called Shoman or Shushan. From these titles was even the name of Susanna. Lily symbol of the Immaculate Virgin at the time became an emblem of royal power in France.

At first glance it looks like a lily bent down bell with tip. Perhaps that is why it is also called the royal locks. This royal flower multicolored: white, golden, purple, orange color with a green tint on the outside to conquer you. In lily unique flavor. Experts say that the smell of lily helps to avoid stress and even fights with them. This versatile flower does not lose its originality in the compositions surrounded by other colors.

Using materials of the site only with the permission of the Administration and a link to the site. 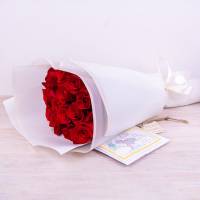 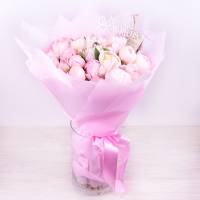 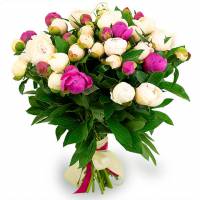 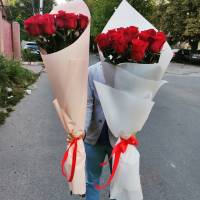 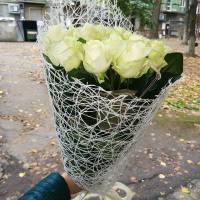 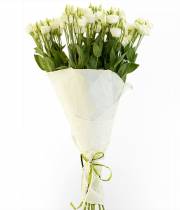 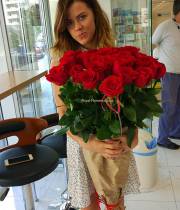 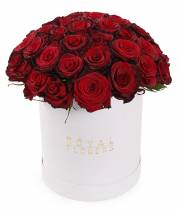 Bouquet of 51 rose Grand prix in a hat box
Deeply contented with my orders. Any time again... 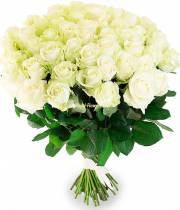 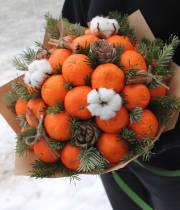 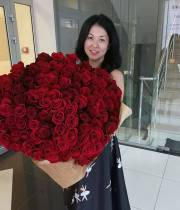 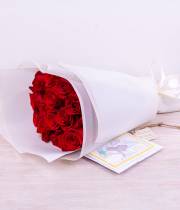 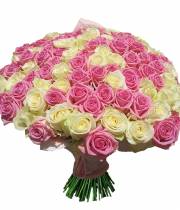 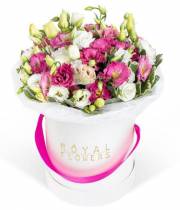 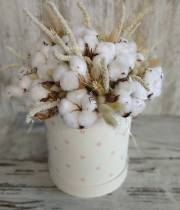 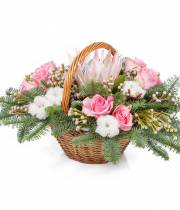